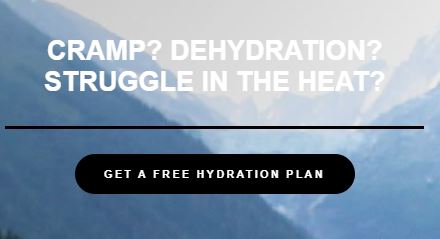 the effect sweat loss has on me. Last year I was lucky enough to bump into a team of people at the @TrainingPeaks conference who can do just that, or so they claimed.  I met Andy Blow one of the founders of @precisionhydration  who following detailed research has now developed a product that you can take before, during and after an event/training session to ensure your body’s salt levels remain constant with no drop off in muscle efficiency caused when the body becomes dehydrated.  They have a simple FREE (LINK) online test you can do to establish your own personal requirements or you can visit one of their test centres around the country to have a very precise test done.  Initially Andy did the free online test with me at the conference and a few weeks later I went to my local test centre based at @komfuel to get tested properly.  Here is a video LINK of the test and a brief explanation of the science behind it.  What I liked most about this test is it’s a one off, my salt requirements will not change throughout the season or as I get older, so I myself thought the £95 to be a good investment if the science behind it worked.  The test took about an hour and I received an easy to understand results page via email with recommendation which I have saved for reference.

So did it work?

First time out felt great.  The Rate of Perceived Effort (RPE) on a 2hr hilly tempo ride was remarkable and where I would normally have started to fade the legs felt good.  Second weekend again with two long rides on consecutive days, the same results.  Now I was getting interested.  So I recruited another @ascyclingoaching athlete with similar back to back weekend training rides and they too experienced the same reduced RPE and fatigue in the latter stages of long and demanding training sessions. 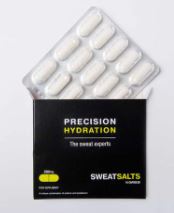 No hard evidence or numbers to back up the diminished RPE for both myself and the other rider but the results over 8 consecutive weekends with back to back long training sessions were convincing enough for us.  So in 2019 we will both be using @precisionhydration for all our races and key intense training sessions and I am confident that this will optimise our physical performance this season.

This website uses cookies to improve your experience while you navigate through the website. Out of these, the cookies that are categorized as necessary are stored on your browser as they are essential for the working of basic functionalities of the website. We also use third-party cookies that help us analyze and understand how you use this website. These cookies will be stored in your browser only with your consent. You also have the option to opt-out of these cookies. But opting out of some of these cookies may affect your browsing experience.
Necessary Always Enabled
Necessary cookies are absolutely essential for the website to function properly. This category only includes cookies that ensures basic functionalities and security features of the website. These cookies do not store any personal information.
Non-necessary
Any cookies that may not be particularly necessary for the website to function and is used specifically to collect user personal data via analytics, ads, other embedded contents are termed as non-necessary cookies. It is mandatory to procure user consent prior to running these cookies on your website.
SAVE & ACCEPT